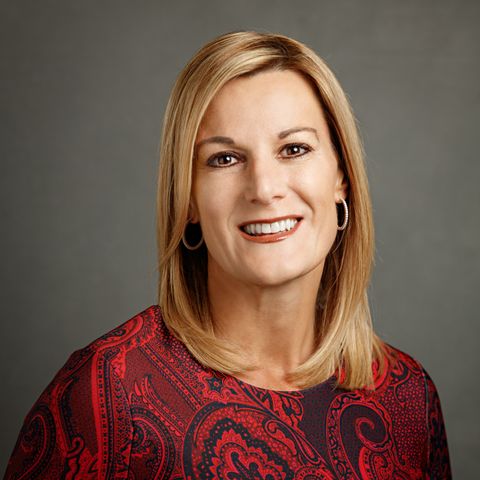 PHILADELPHIA – Today, the Philadelphia Convention and Visitors Bureau (PHLCVB) announced that Maria Grasso has been appointed senior vice president, convention division. Grasso will lead the convention sales and services team in growing convention bookings, while positioning Philadelphia as a premier destination for meetings, conventions and events.

A more than 20-year veteran of the organization, Grasso joined the PHLCVB in 1999 as senior director of national accounts, quickly establishing herself as the organization's top-producing sales director. Grasso most recently served as vice president of sales and convention services, a customer-facing role focusing on organizational growth in key industry verticals. Prior to joining the PHLCVB, she served as regional director of sales for Vista Host Hotel Management.

“For more than 20 years, Maria has been the driving force behind the PHLCVB's citywide sales efforts and has played a major role in securing many of the global events that have come to our city in the last decade,” said Gregg Caren, president and CEO of the Philadelphia Convention and Visitors Bureau. “Maria is respected by both our stakeholders and customers, and she is a wealth of knowledge when it comes to Philadelphia's hospitality ecosystem. Her leadership as the senior vice president of our convention division will allow us to maintain our clients' high standards for sales and service while continually engaging with our city, our customers and the Pennsylvania Convention Center.”

“I look forward to serving the organization, our close partners and our customers in this new role as we advance our strategies for securing meetings and convention business in Philadelphia,” said Grasso. “Our sales and services team is a dynamic group of professionals who represent our city well, and I am excited to work with them as we look to secure future group business, a vital component of our hospitality economy.”

Grasso is actively involved in Philadelphia's bid to host the FIFA World Cup 2026™ and serves as the hotel accommodations expert representing the PHLCVB in direct contact with FIFA and U.S. Soccer. She was part of the committee that welcomed the FIFA delegation to Philadelphia last month. Grasso has served in similar capacities for other historic events including the 2015 World Meeting of Families, 2016 Democratic National Convention and the 2017 NFL Draft, among many others.

She is a member of the board of directors for the Corporate Event Marketing Association (CEMA) and the Independence Visitor Center Corporation in Philadelphia.

The Philadelphia Convention and Visitors Bureau (PHLCVB) creates positive economic impact across the Philadelphia region, driving job growth and promoting the health and vibrancy of our hospitality industry by marketing the destination, the Pennsylvania Convention Center, and attracting overnight visitors. The PHLCVB's work engages our 800 members, the local Philadelphia community as well as culturally and ethnically diverse regional, national and international convention, sporting event and tourism customers. The PHLCVB is also the official tourism promotion agency for the city of Philadelphia globally and is responsible for growing the number of overseas leisure visitors who come to the region each year. To learn more, visit www.discoverPHL.com.