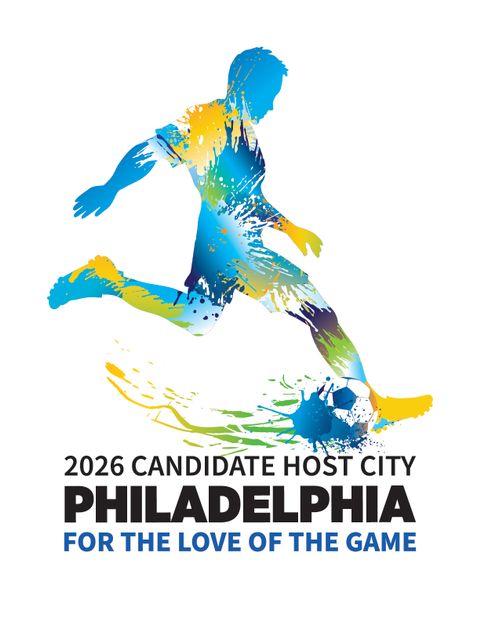 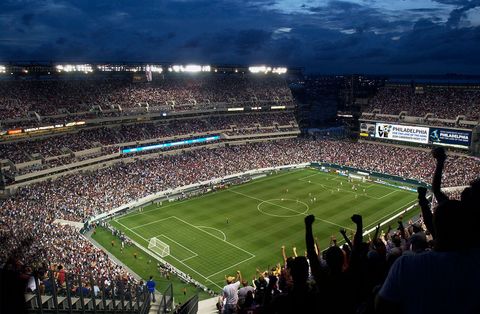 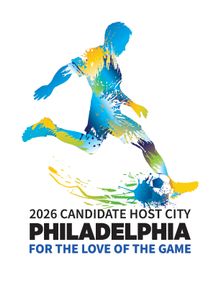 PHILADELPHIA (October 1, 2020) – Philadelphia Soccer 2026, Philadelphia's civic committee overseeing the region's bid to host the FIFA World Cup 2026™, today announced that Carli Lloyd, forward for the U.S. Women's National Team and Sky Blue FC, Julie Ertz,  midfielder for the U.S. Women's National Team and Chicago Red Stars,  Alejandro Bedoya, attacking midfielder/winger for the Philadelphia Union and longtime member of the U.S. Men's National Team, and Zach Ertz, tight end for the Philadelphia Eagles, will serve as honorary co-chairs for Philadelphia's bid committee. Lloyd, the Ertzes, and Bedoya will help champion Philadelphia to FIFA and U.S. Soccer as the organizations formally evaluate 17 U.S. candidate cities for ten U.S. host slots.  They will also serve as bid ambassadors across the tri-state region, helping to drive enthusiasm and engagement among one of the most passionate sports bases in the nation.

Lloyd, the Ertzes, and Bedoya join Pennsylvania Governor Tom Wolf and Philadelphia Mayor Jim Kenney as honorary co-chairs for Philadelphia's bid.  Governor Wolf and Mayor Kenney have long supported Philadelphia's effort, dating back to its inclusion in the successful United 2026 bid, which awarded the FIFA World Cup 2026™ to the United States, Mexico, and Canada. Their roles as honorary co-chairs further affirms the full support of the Commonwealth of Pennsylvania and the City of Philadelphia in hosting one of the world's largest international sporting events.

“We are delighted to have such powerhouses lend their support to Philadelphia's bid for the 2026 World Cup,” said David L. Cohen, Senior Executive Vice President of Comcast Corporation and Chairman of Philadelphia Soccer 2026.  “Carli Lloyd, Julie and Zach Ertz, and Alejandro Bedoya reflect excellence in sports, and all share a great passion for our city and region. Each of them sees the FIFA World Cup as an incomparable opportunity to elevate Philadelphia on the world stage and grow the game of soccer here.  We are excited to have them join our team – and with Governor Wolf and Mayor Kenney representing our elected leaders in support of this bid – we know their commitment to winning will only bolster this important civic effort.”

“This is home and I'm excited to help bring the world's biggest sporting event to Philadelphia,” said Lloyd.  “I know firsthand the excitement and energy that comes from the FIFA World Cup™ and I have no doubt that Philadelphia will meet this moment as a host city and as an incredible and committed soccer community. It is an honor to be part of this bid.”

Julie and Zach Ertz join this important civic endeavor in support of their adopted hometown.  Julie Ertz is also a two-time FIFA World Cup™ Champion (2015; 2019) and has been named U.S. Soccer Female Player of the Year twice (2017; 2019). She was introduced to Philadelphia when her husband Zach was drafted by the Philadelphia Eagles in the second round of the 2013 NFL Draft.

During his NFL career, Zach Ertz has been selected three times for the NFL Pro-Bowl (2018-2020) and currently holds the NFL record for most receptions in a single season by a tight end (116 in 2018).  He also helped lead the Philadelphia Eagles to their first-ever Super Bowl victory in the 2017-18 season.

The Ertzes shared, “We didn't know Philadelphia before 2013, but it quickly has become home. Not only is it filled with arts, culture, and amazing restaurants, but it also is the greatest sports city in the world. We know that this passionate fan base will rally with us to support the bid for Philadelphia, and we're proud to join with Carli and Alejandro to help FIFA and U.S. Soccer get to know the Philadelphia we love so much.”

Bedoya, who has been a highly popular and successful member of the Philadelphia Union since 2016, also brings terrific international soccer experience to Philadelphia's bid effort. Bedoya has earned 65 career caps for the U.S. Men's National Team (USMNT) in the past seven years, appearing in all four FIFA World Cup™ matches for the USMNT in 2014 and serving as a leader in the team's run to the 2016 Copa America Centenario semifinal.

In accepting this role, he said, “I'm excited to represent the Philadelphia Union as an honorary co-chair for the city's bid. Soccer is the world's game and this tournament is unlike any other sporting event. Its presence here would not only impact a current generation of soccer players, but it would also shape the next generation. I look forward to being a vocal advocate for this effort as we work to win the bid and increase the presence and passion for soccer across the region.”

Philadelphia's first bid presentation to FIFA and U.S. Soccer occurred via Zoom on July 10, 2020.  Recommendations as to which of the 17 U.S. candidate cities will be selected as official host cities are not expected until late 2021.

High-resolution photography of the honorary co-chairs for Philadelphia Soccer 2026 is available upon request. Additional bid assets can be accessed for download here.

The Philadelphia Convention and Visitors Bureau (PHLCVB) creates positive economic impact across the Philadelphia region, driving job growth and promoting the health and vibrancy of our hospitality industry by marketing the destination, the Pennsylvania Convention Center, and attracting overnight visitors. The PHLCVB's work engages our 800 members, the local Philadelphia community as well as culturally and ethnically diverse regional, national, and international convention, sporting event and tourism customers. The PHLCVB is also the official tourism promotion agency for the city of Philadelphia globally and is responsible for growing the number of overseas leisure visitors who come to the region each year.

Philadelphia Soccer 2026 is Philadelphia's civic committee overseeing the region's bid to host the FIFA World Cup 2026™. Established in the Commonwealth of Pennsylvania, it is governed by a five-person Board of Directors, which includes representatives from the Philadelphia Convention and Visitors Bureau (the sponsoring entity of the bid) and the City of Philadelphia.